Back To Press & Events

Additionally, inside the feature in the magazine, Mindy is once again displayed in her Hearts On Fire look, alongside  three other actresses, Allison Williams, Amy Poehler and Zooey Deschanel, who are also wearing a variety Hearts On Fire jewelry. The looks come from the Illa Collection, the Lorelei Collection, and other diamond jewelry designs.

In addition, Hearts On Fire will once again sponsor the actual ELLE Women in Television dinner in Los Angeles on January 22, 2014 where these four women, as well as more than 100 others, will come together for a night of celebration and enjoyment. 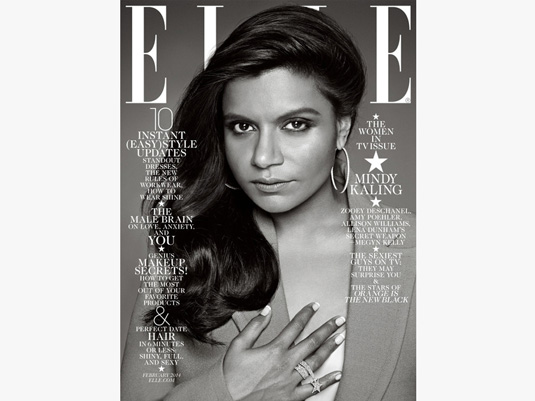